Road closures across the city will be in place on Saturday and Sunday due to events taking place.

Two major events will be taking place this weekend, which means road closures will be in place.

On Saturday March 16, the Greerton Village Vintage, Retro and Steampunk Fayre is being held.

Chadwick Road, from Cameron Road to Greerton Road, will be closed from 6am to 3pm on Saturday, The road closure on Chadwick road will require some bus routes to be diverted.

The following bus stops will be closed from 6am to 5.30pm on Saturday:

Temporary replacement bus stops will be installed at the following locations from 6am to 5.30pm on Saturday:

On Sunday March 17, the Marra Sprint Triathlon is taking place.

The following road closures will be in place from 5am to 1pm:

The following road closures will be in place from 5.30am to 12pm:

The roads may open earlier, depending on the progress of the event. Resident access will be maintained at all times.

Please not the Gold Link, Hospital Link and City Link bus services will be affected. Temporary bus stops closure signs will be in place between 6am and 12pm. A temporary bus stop will be located on the western side of the Victoria Road. 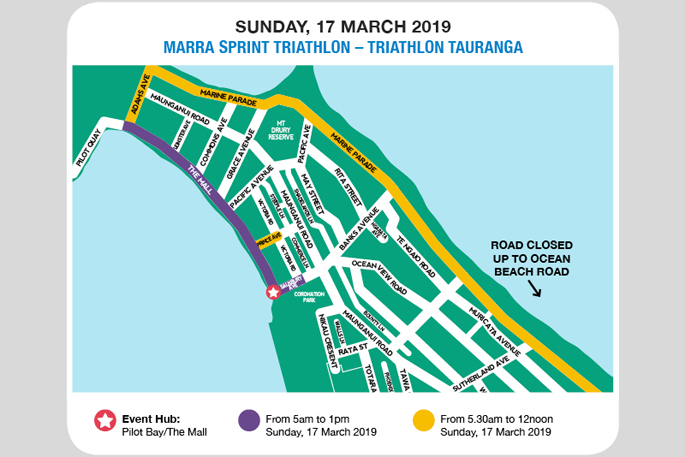