NZers on Diamond Princess may pose risk to others

Tropical Cyclone Tino is approaching Fiji today, Tonga on Saturday and by early next week the storm will be an ex-cyclone near New Zealand.

In fact next week the remnants of Tino will rapidly intensify as the cyclone leaves the tropics and becomes extra-tropical. (This process shifts the core of the storm from having warm air to cold air).

There is currently no direct threat to New Zealand but WeatherWatch.co.nz says offshore storms may even be more dangerous for Kiwis.

"We've seen set ups like this before where the weather over your favourite beach is sunny, hot and calm but the local weather is masking the dangers at sea," says head forecaster Philip Duncan.

"These giant offshore ex-cyclones have proven deadly in recent history by creating sudden large random waves, extra strong rips and currents and can turn safe beaches into dangerous ones - but there may be no hint of this with the local weather."

Philip says the entire eastern side of the North Island will be exposed to dangerous beach conditions from late Sunday to late Wednesday. The storm should be just far enough east to reduce the risks of serious coastal erosion. 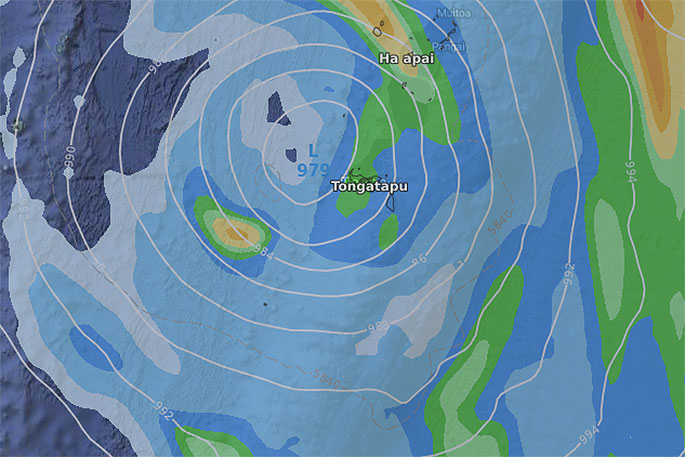 FIJI - FRIDAY (TODAY):
Cyclone Tino will today (Friday) continue to develop but will be limited due to mountains and the landmass of Fiji's islands.

Tino will likely remain at the lower end (Category 1) as it tracks over Fiji today and away from Fiji overnight tonight. Expect heavy rain and strong to gale force winds today, especially in the east.

Tino is likely to track over (or near) Vanua Levu later today/tonight. Nadi is furthest away from the storm. Some slips and flooding can be expected across Fiji.

TONGA - SATURDAY:
As Tino drifts away from Fiji overnight tonight it will be tracking SE and will likely deepen and strengthen further out over open warm waters.

Current thinking is that it will grow to Category 2 as it brushes past Tonga just to the west during Saturday itself.

The centre of the storm will be very close to Tonga and latest modelling suggests a direct hit from the centre is possible as a Category 2 tropical cyclone.

Torrential rain, damaging winds and dangerous seas can be expected across Saturday and overnight.

The good news is that it will be gone and clearing by Sunday morning. Perhaps a bit windy still but easing.

NEW ZEALAND (OFFSHORE FROM SUNDAY PM TO NEXT WEDNESDAY):
Tino will become an ex-tropical cyclone this weekend as it moves far enough south from warm waters.

This transition can sometimes kill tropical lows entirely, other times it can make them far more aggressive.

"In this case we expect the remnants of Tino to really grow and intensify well to NZ's east into a much larger extra tropical low. 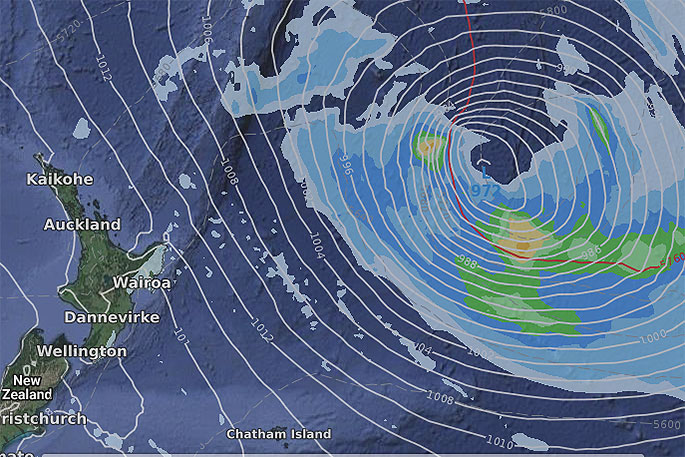 "This storm is a long way offshore and shouldn't affect NZ's weather at this stage - but the big size and close nature means it's worthy of WeatherWatch.co.nz issuing alerts for eastern beaches of the North Island with Monday and especially Tuesday the highest risk for more dangerous conditions in the water."

Weather on land will likely be hot, sunny and settled in many places, masking the offshore dangers bringing random large waves and stronger than normal rips and currents. 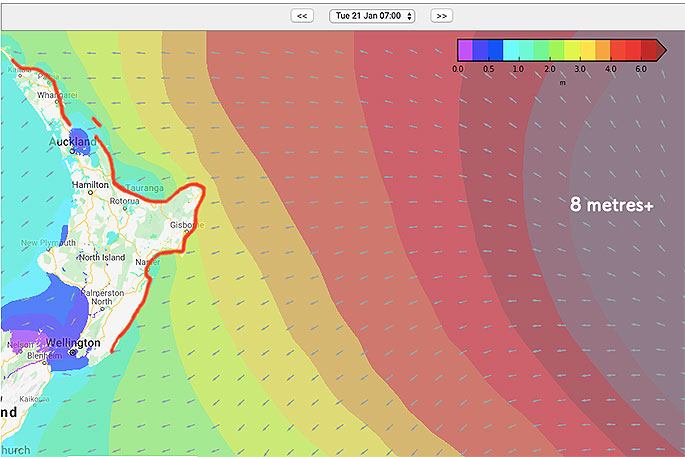 If the storm stays as far east as this map shows then NZ beaches will be brushed by larger waves and stronger rips for a few days. If it moves closer beach erosion can be expected. If it moves further out to the east it will minimise swells and wave heights in the North Island's eastern beaches: