The lure of sun and swell will draw 200 of New Zealand's best surf lifesavers to Midway Beach in Gisborne this weekend.

The Eastland Port Champion of the Bays carnival kicks off on Saturday morning, with strong contingents from 12 North Island clubs guaranteeing some fierce competition.

National champions Mount Maunganui will have 45 surf athletes racing, building off the back of a week-long camp in Gisborne, with an eye to also getting some experience on the beach before March's national championships at the same venue.

"On its day, Gisborne has some of the best surf conditions in the country and it's always an absolute pleasure training and racing here," says Mount coach John Bryant.

"It's always good to get racing experience at the venue for nationals too and it's going to be great for some of our younger athletes to see what it's all about."

The Mount squad has been training with local squads from the Wainui, Midway and Waikanae clubs, coached by Dion Williams, Matt Sutton and Cory Hutchings respectively.

The local clubs will contribute 79 athletes to this weekend's carnival, with 18 coming from Papamoa and 22 coming from another Bay of Plenty club, Omanu.

There are also strong contingents from Lyall Bay, Otaki, Paekakariki, Waihi Beach, Whakatane and Whangamata for the annual carnival, traditionally battled for between Gisborne and Bay of Plenty clubs but open to all.

Eastland Port chief operating officer Andrew Gaddum was delighted his company could continue its support of surf lifesaving in the region.

"Surf lifesaving is a massive part of the Gisborne community and these competitions are crucial for keeping lifeguards fit and sharp, so they can save more lives on patrol," Gaddum said. "Eastland Port is really proud to be associated with events like this, which not only attract visitors to the region but also have valuable, tangible spinoffs for our community."

The weekend's forecast has temperatures soaring to 28degC and a 1m swell on Saturday. The carnival starts at 8.30am, with Saturday's programme focused on individual events and Sunday more on teams. Public and spectators are welcome to attend.

The Champion of the Bays will kick-start a big month of surf lifesaving action, with the Eastern Regional championships returning to Mount Maunganui at the end of January. 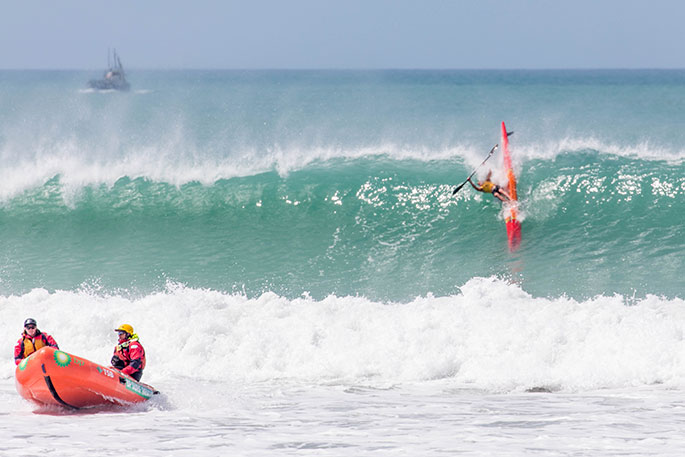