A police pursuit on Monday from Whakamarama to Bethlehem. Images/Video: Cameron Avery/SunLive 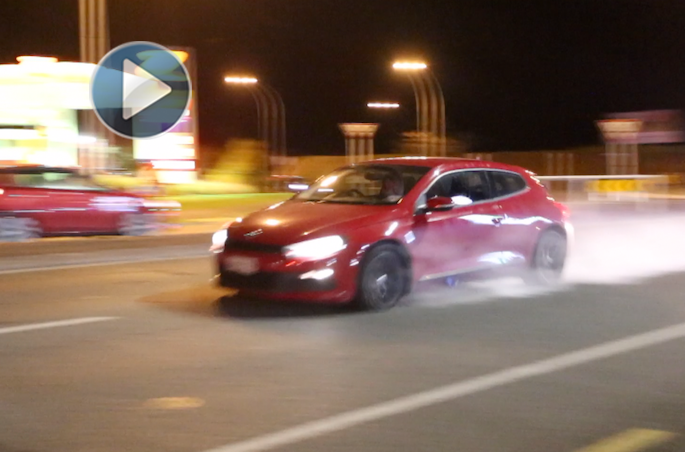 Police report that they attempted to stop a vehicle around 8.35pm in Tauriko.

"The vehicle was believed to have been stolen," says a Police spokesperson.

"The driver fled and Police followed it to Whakamarama, and through to Te Puna, where it was spiked.

"The alleged offenders drove the car to Bethlehem before the vehicle came to a stop on Elder Lane."

A SunLive reader was waiting to pick up a family member from the Bethlehem College Events Centre at 9pm when they saw that Elders Lane had been blocked.

"An armed police officer had blocked the road just by BTI and was telling us that there was a stolen car and the driver had done a runner, but our children were in no danger," says the driver. "Then his radio said 'one in custody' so they let us through after that."

Police say that the car's two occupants had fled on foot but were arrested by Police about 9pm. 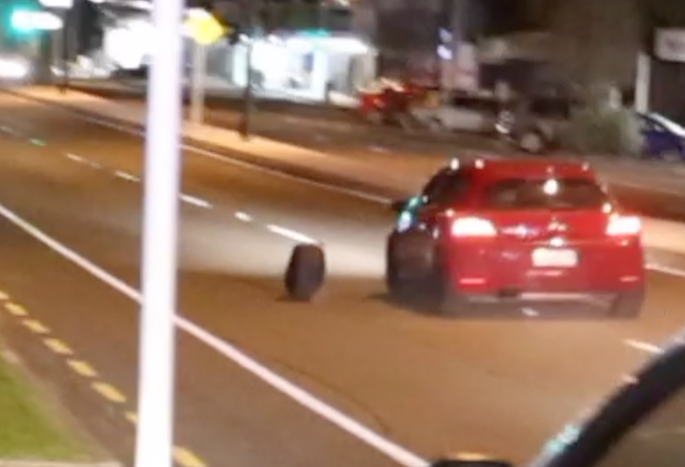 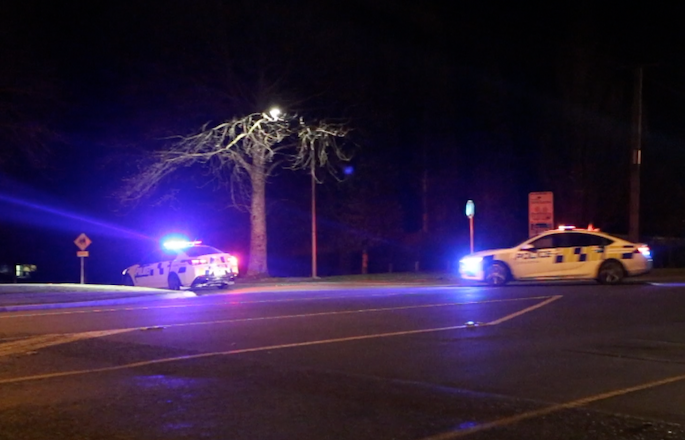